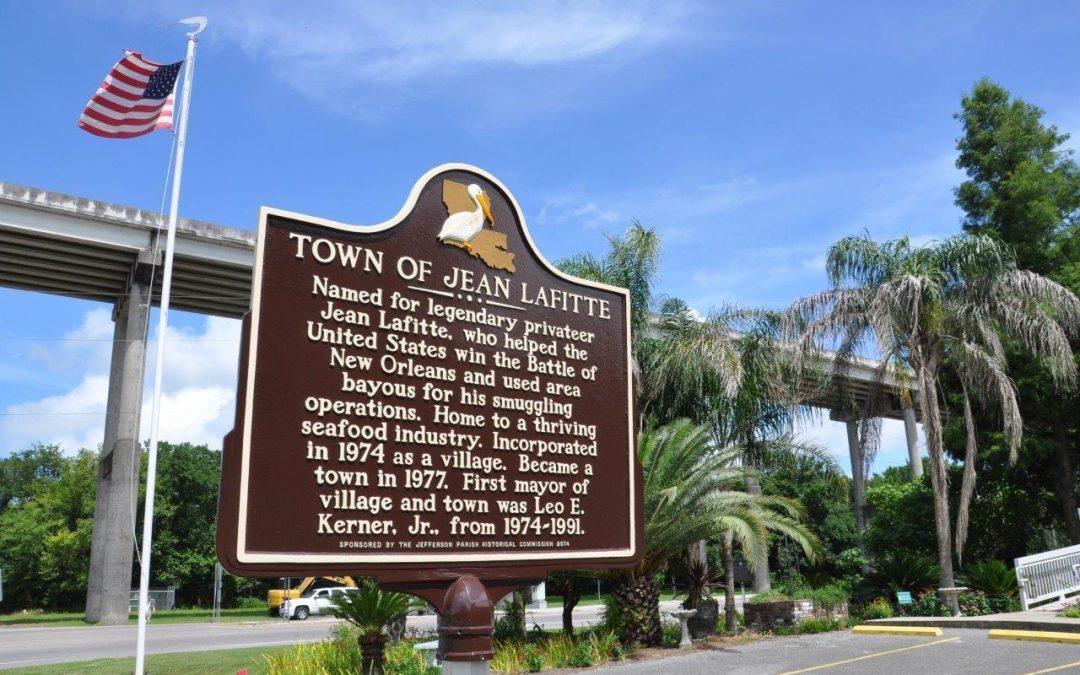 LAFITTE, La. – The town of Jean Lafitte now has its place firmly etched in history, with the unveiling of a historical marker Saturday by the Jefferson Parish Historical Commission.

“This historical marker will honor the namesake of our town and the spirit of the hardworking people who have lived here for centuries,” Kerner said.

The historical marker reads as follows: “Named for legendary privateer Jean Lafitte, who helped the United States win the Battle of New Orleans and used area bayous for his smuggling operations. Home to a thriving seafood industry. Incorporated in 1974 as a village. Became a town in 1977. First mayor of village and town was Leo E. Kerner, Jr., 1974-1991.”

The Jefferson Parish Historical Commission sponsored the historical marker for the town of Jean Lafitte.

The Louisiana Department of Transportation and Development erects bronze historical markers across the state of Louisiana to commemorate facts, persons, events, and places prominently identified with the history of the nation, state, or region.